Here you will find upcoming events. If nothing is up, please check my Facebook page, as that is often much more up to date. 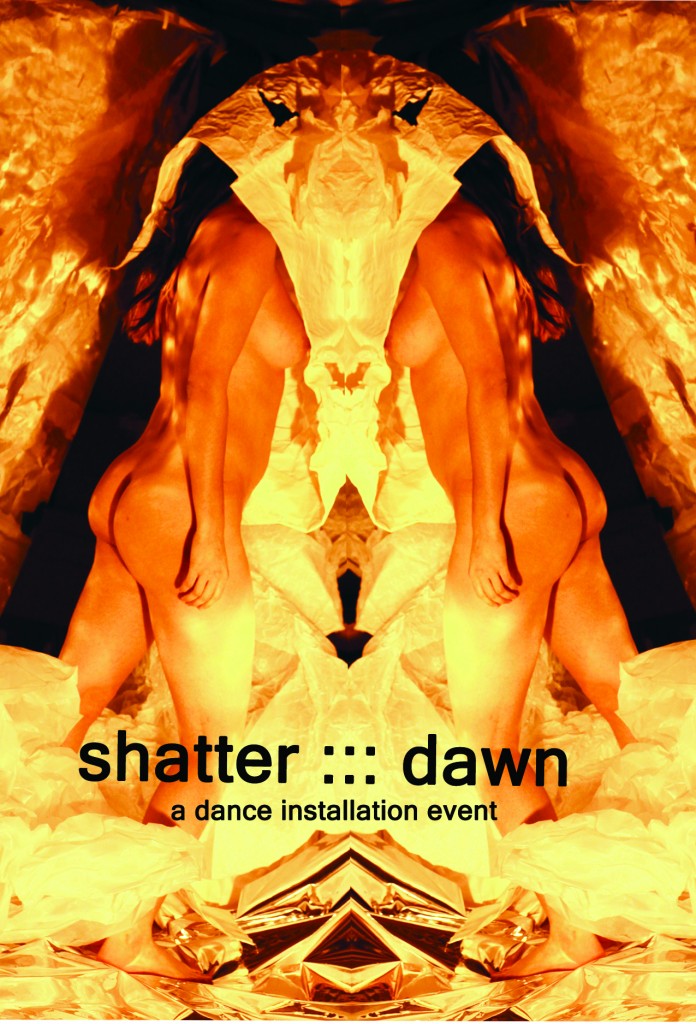 An intimate event for 10 audience members and 5 performers, shatter ::: dawn walks the picket fence between dance and installation.

If the body is a container for multiplicity of meaning, where do recognizable cultural gestures dissolve into abstract shape?
When is the body an art object, a social creature, or both?
What can the body contain?
What are we hiding?
What are we saying when we say nothing at all, and no one is listening?

Tickets now available! All proceeds going to the performers:

Read interview about the piece HERE.

Watch video from our Kickstarter campaign below.

Created and directed by Zornitsa Stoyanova

More images from the show: 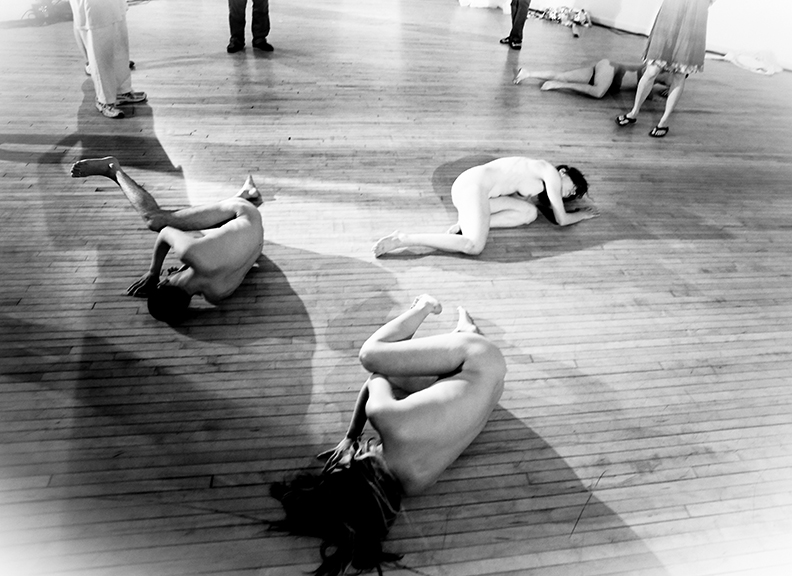 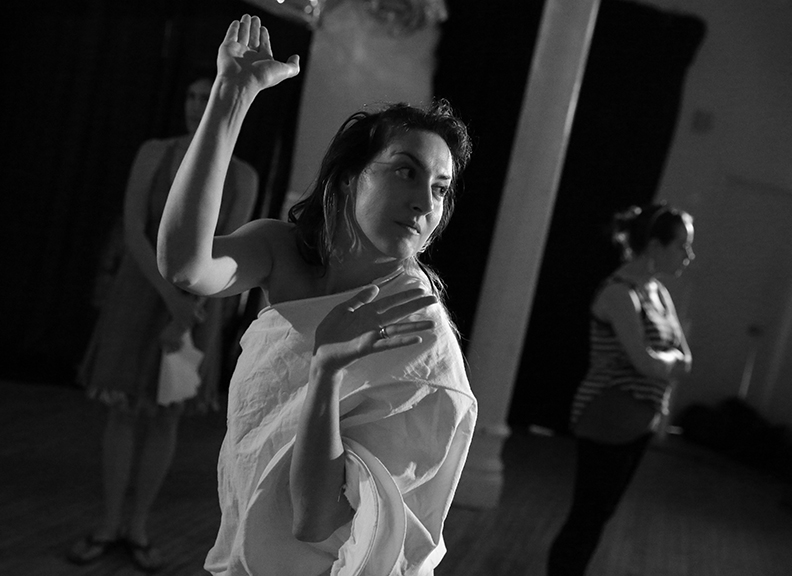 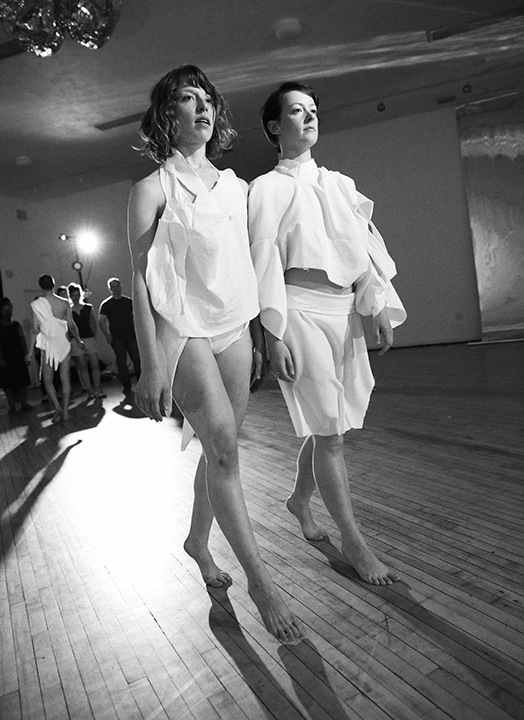 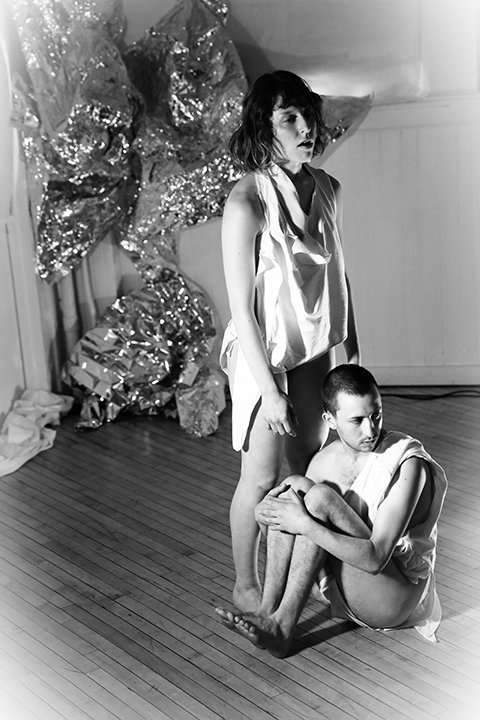 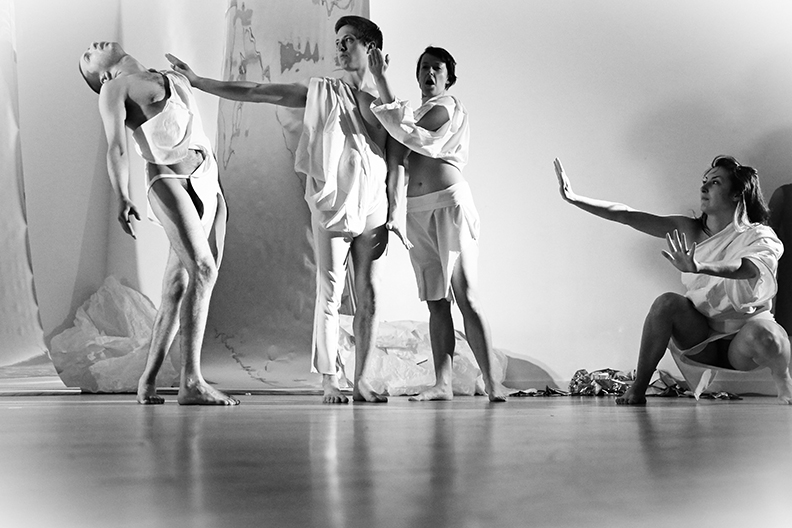 Annie Wilson is a Philadelphia-based performer, creator, author, yoga instructor, bartender, and maybe, one day, a BodyTalk practitioner. She is a graduate of the University of the Arts and Headlong Performance Institute and is a founder and former co-director of Pink Hair Affair. She is currently interested in solo work, the audience-performer relationship, how we create our own sense of self, simplicity and complexity, and the gut brain. She has performed recently by herself, for Christina Gesuladi, Headlong Dance Theater, Girl Walk// All Day, and the Process Project. In 2010 she traveled to Amsterdam to study improvisation with Katie Duck, and was supported in part by the PA Council on the Arts, friends, colleagues, and mentors. The blog from that experience can be found at dancesterdam.wordpress.com. She often tries to insert intellectual discourse where it doesn’t belong and looks forward to a project that focuses on it.

Mason Rosenthal is an actor, dancer, director and teacher from Skokie, Illinois. He holds a B.F.A. in drama from New York University where he studied with The Atlantic Theater Company Acting School. In 2007 Mason joined the faculty at The Atlantic and has since taught many aspects of their core curriculum including voice, movement, script analysis, and acting technique. Mason has studied improvisational dance techniques with his mentor George Russell, D.C. since 2006. In 2011 he moved from NYC to Philadelphia to be the Headlong Performance Institute’s first ever teaching fellow. His work is currently supported by the Live Arts Brewery as a 2012-2013 LAB fellow.

Originally from Bucks County and currently a resident of Fishtown, Christina Gesualdi has spent the last eight years galavanting around Philly, improvising all the way. A graduate from The University of the Arts, Christina now folds choreography, performance, movement education, and arts administration and advocacy into her artistic pursuits and curiosities. She has performed with Herebegin Dance and PIMA Group, and has shown her own choreography in Philadelphia and New York. A true supporter of D.I.Y collaborative initiatives, Chrstina is an Artist in Residence and the Marketing Coordinator at Mascher Space Co-op and production manager at thefidet space. Her passion for thoughtful and holistic movement studies has lead her to become a yoga instructor as well. Christina teaches dance and yoga at Friends Select’s after school program and tutors GRE and SAT preparation for Princeton Review, both in Philadelphia and Taiwan. In an ideal world, she’d have time to delve more deeply into practicing Tai Chi in Asia, cooking vegetarian meals, and critically discussing dance and art. For now, she is thrilled to begin learning and writing with such an intriguing group of peers for ThinkingDance.

Adam Kerbel is a dance improviser and actor working in Philadelphia, as well as a resident artist with the Mascher Space Co-Operative, developing original dance-theatre performance. A Los Angeles native, Adam studied performance at the Headlong Performance Institute and Marymount Manhattan College. Currently he is in collaboration with Stuart Meyers on an original performance, premiering June 24 & 25 at Broad Street Ministry, presented by Hybridge Arts Collective.