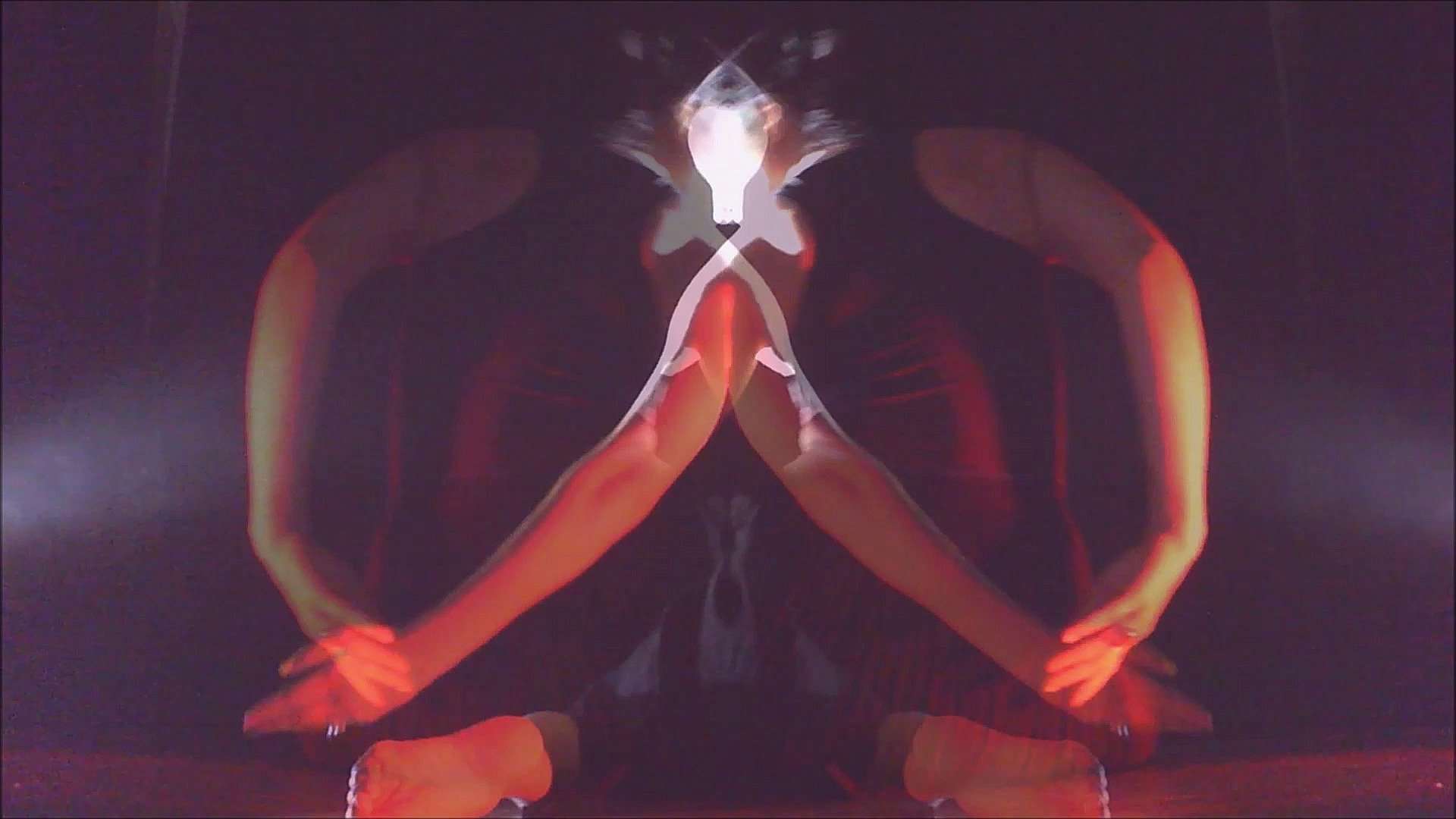 Bolero (in quarantine) by Zornitsa Stoyanova

Improvised Dance with Live feed special effects to the grand music of Ravel’s Bolero. Join me in the 15 minute unedited performance…FREE!

Bolero (in quarantine) is part of an ongoing research in digital dance improvisation for Zornitsa’s new digital performance “Род и Диня не прави Родина” (Rod i Diniq ne pravi rodina) – loosely translated to Family and Watermelon, does not make a Home land. The new show will be dual language and have its premiere online for the whole month of March 2021. Stay tuned.

Bio the super long version:
Zornitsa Stoyanova (USA/BUL) is an award winning performance artist, curator, writer, lighting and video designer based between Philadelphia, USA and Sofia, Bulgaria. A native of Bulgaria, she holds B.A. in Dance and Sound Design from Bennington College, VT (’06). After concluding her studies, she moved to Philadelphia, PA where she creates, produces and presents performing art and video under the name BodyMeld. In the summer of 2020 she moved back to her hometown of Sofia, Bulgaria.

She is deeply inspired by artists like Anthony McCall, James Turrell and Japanese choreographer Naoko Tanaka. Mylar reflective material and custom lighting are integral part of her work. Since becoming a mother in 2013 her work has focused on abstracting the female body, feminist ideas and imagery.
In 2008 Zornitsa was a fellow with Headlong Performance Institute (Philadelphia), where she focused on abstract character building, clowning and interactive theatrical performance. Later, her studies with Deborah Hay sparked an interest in performance presence and deconstruction of communication thorough posture and gesture. Since then, Zornitsa has sought out professional development opportunities researching art practices in abstracting the body and looking for emotional content and potential for meaning in the body. Her most influential teachers include Meg Stuart, Miguel Gutierrez, Michelle Boule, Ishmael Houston Jones, Susan Rethorst, Fay Driscoll, Luciana Achugar, Danny Lepkoff amongst others.

While an artist in residence at Meet the Next Generation program, part of eXplore Dance Festival 2011 in Bucharest, Romania, she studied with Meg Stuart. To this date Zornitsa uses Stuart’s methodologies in working with power dynamics and physical states in performance.

In September 2015, she started a yearlong residency at The Fidget space in Philadelphia exploring personal narratives along with custom lighting and Mylar multimedia interaction. Her residency brought her to producing a collection of photography and dance on camera she calls Body Etudes as well her first full evening length award winning solo called Explicit Female. In 2018 she was invited to show work for the first time in her native Bulgaria as part of Etude and Friends performance Festival, which resulted in making her next solo performance Un-seen. In 2019 she was commissioned by the Philadelphia Museum of Art to create a performance in relation to their exhibit Designs for Different Futures and shown on January 31st, 2020.

Zornitsa is a supporter for a sustainable dance community. From 2006 until 2019, she was an on and off member of Mascher Space Cooperative, where thru out the years she served as Membership, Space, Programs and Finance Administrator. She is deeply invested in helping further conversation and collaboration in the local and global dance community. As BodyMeld (previously known as Here[begin] Dance) she has curated and produced Current: an evening of dance and art and Dance Cinema Projects (2007 – 2011). She has hosted and organized multiple workshops for the community and taught free workshops in making web sites for artists and budgeting. In February 2015, she started a community dance workshop in collaboration with The Fidget space called Get What You Need that has since expanded to a 7 month long residency and is going to this day. Along with fellow artist Kristen Shahverdian and Jacelyn Biondo, Zornitsa curated Move Dance Think Fest in 2016.

She teaches improvisation technique for performance, dance on camera and composition and has done so in Philadelphia, France, Hungary and her native Bulgaria. As a dancer she has performed for Eiko & Koma, Boris Charmatz, Cie. Willy Dorner, Lionel Popkin, Group Motion and others. Her experimental dance films have been shown across the U.S. and in Mexico, Argentina, Uruguay, Bulgaria, Ireland and Bangladesh. Zornitsa is also writes for thINKingDance.net.

She is a huge fan of sci-fi, loves dark chocolate and up until recently lived in the trendy Fishtown neighborhood in Philly. Now she dances in her home studio at the bottom of Vitosha Mountains, right outside Sofia, with her much more famous artist husband Greg Dunn and their two boys.