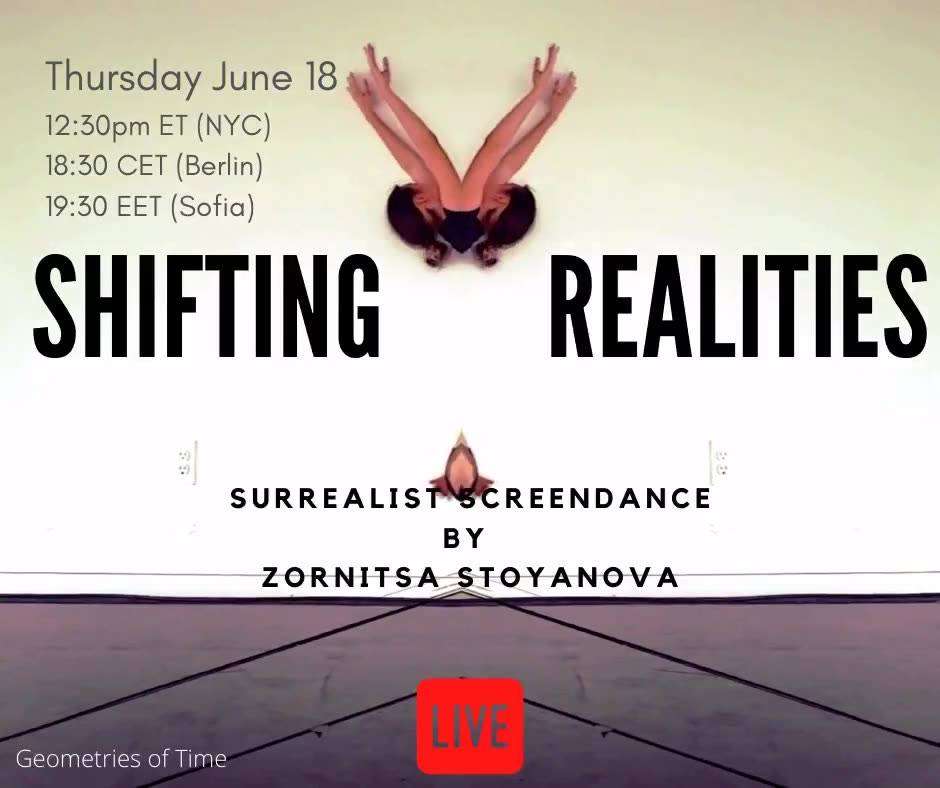 For the first time Zornitsa will be screening her films live on Facebook. They will stay live for only 24 hours.

Zornitsa will introduce each short film and after the showing there will be a short 30min Zoom meeting for anyone who would like to talk to her about the films.

Statement:
My work (both stage and digital) centers around themes of otherness, womanhood, feminism, power dynamics and vulnerability. I am influenced by surrealism and science fiction and often engage the audience by inviting them on stage or choosing a non-traditional venue and format for my work. Mylar reflective material and custom lighting are integral part of my most recent stage, video, and photography work. I research gesture and emotion in the body seeking potential for meaning. I’ve performed for Eiko & Koma, Boris Charmatz, Cie. Willy Dorner, Lionel Popkin, Group Motion and others.

My dance films have been shown across the U.S. and in Mexico, Argentina, Uruguay, Bulgaria, Ireland and Bangladesh. I am also a supporter for a sustainable dance community and am deeply invested in helping further conversation and collaboration. I teach improvisation technique for performance, dance on camera and composition and have done so in Philadelphia, France, Hungary and my native Bulgaria. I also write occasionally for thINKingDANCE.net.