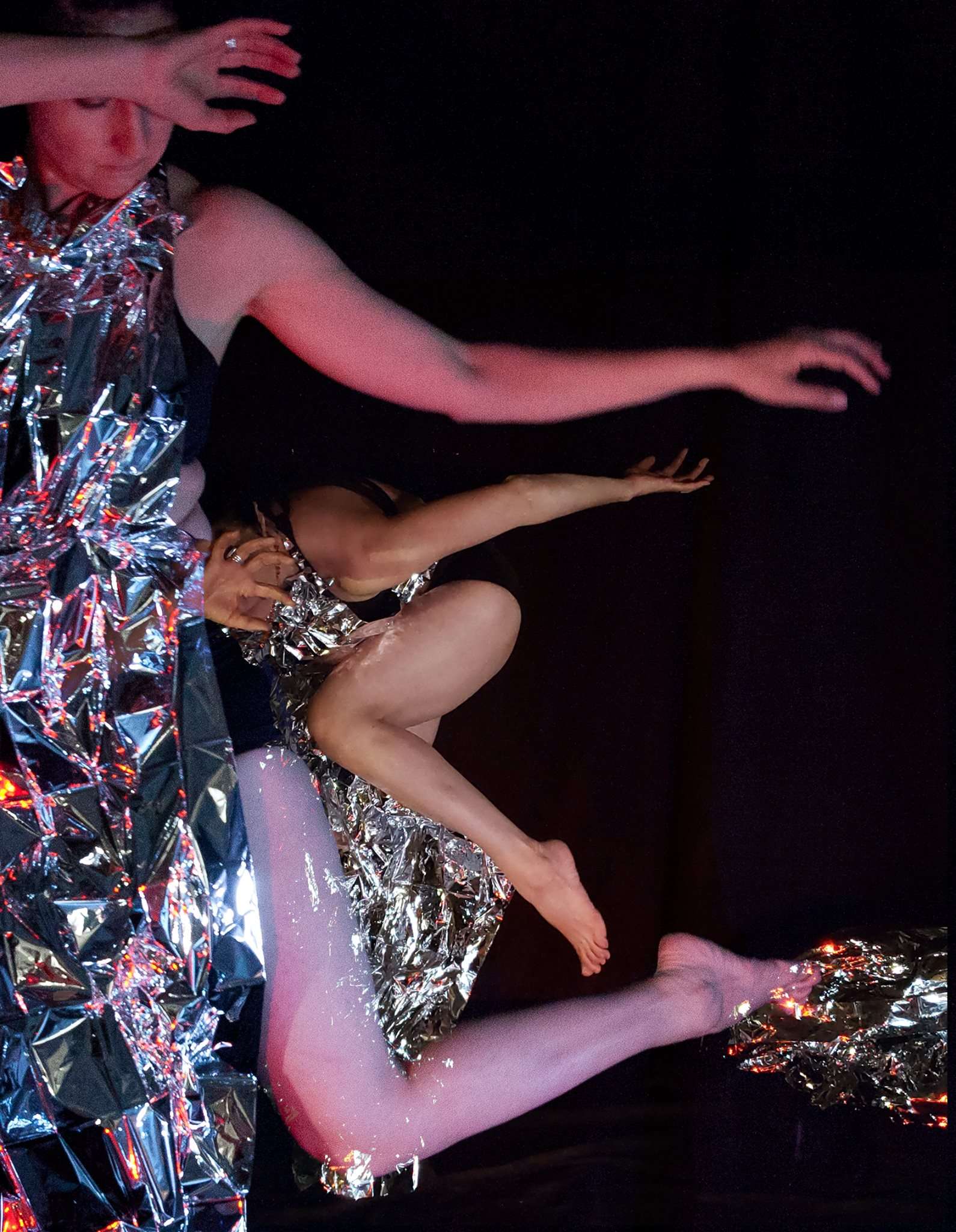 I am making a new evening length solo.
It will premiere on June 20th in an international performance festival in Sofia, Bulgaria.

THIS is the only time to see it in Philly in its entirety. It will be in progress and I will need feedback, but it will be fun!

About the piece:
Un-seen is a journey through a surreal and alienated world. Using Mylar material as a metaphor for the American(western) dream, Zornitsa becomes a refugee, looking to be part of this shiny new world. Partly autobiographical, and partly based on the refugee crisis in both Europe and the U.S., the show traces the use of Mylar in our lives that leads to the disillusionment of the glitzy western world. Un-seen is a fantastical, beautiful and ultimately fraud journey to the “promised land”.

About Zornitsa(in case you don’t already know me):
Zornitsa Stoyanova (USA/BUL) is an award-winning (Rocky Award 2017 for Explicit Female) performance artist, curator, writer, lighting and video designer based in Philadelphia, PA. A native of Bulgaria, she produces and presents both her own and other’s work under the name Here[begin] Dance.
Mylar reflective material and custom lighting are integral part of her most recent stage, video, and photography work. Since becoming a mother in 2013 she has focused on making work about the female body, feminist ideas and imagery. She researches gesture and emotion in the body seeking potential for meaning. Her most influential teachers include Deborah Hay, Meg Stuart, Miguel Gutierrez, Michelle Boule, Ishmael Houston Jones, Susan Rethorst, Fay Driscoll, Luciana Achugar, Danny Lepkoff. She has performed for Eiko & Koma, Boris Charmatz, Cie. Willy Dorner, Lionel Popkin, Group Motion and others.
Zornitsa is also a supporter for a sustainable dance community and is deeply invested in helping further conversation and collaboration. As Here[begin] Dance she has curated and produced Current: an evening of dance and art and Dance Cinema Projects. She has hosted and organized multiple classes for the community and taught free workshops in making web sites for artists and budgeting. Since 2014 she has ran a free community dance workshop called Get What You Need. She teaches improvisation technique for performance, dance on camera and composition and has done so in Philadelphia, France, Hungary and her native Bulgaria. Zornitsa also writes for thINKingDANCE.net and is presently working on several short films shot in the U.S. and Bulgaria. www.herebegindance.com